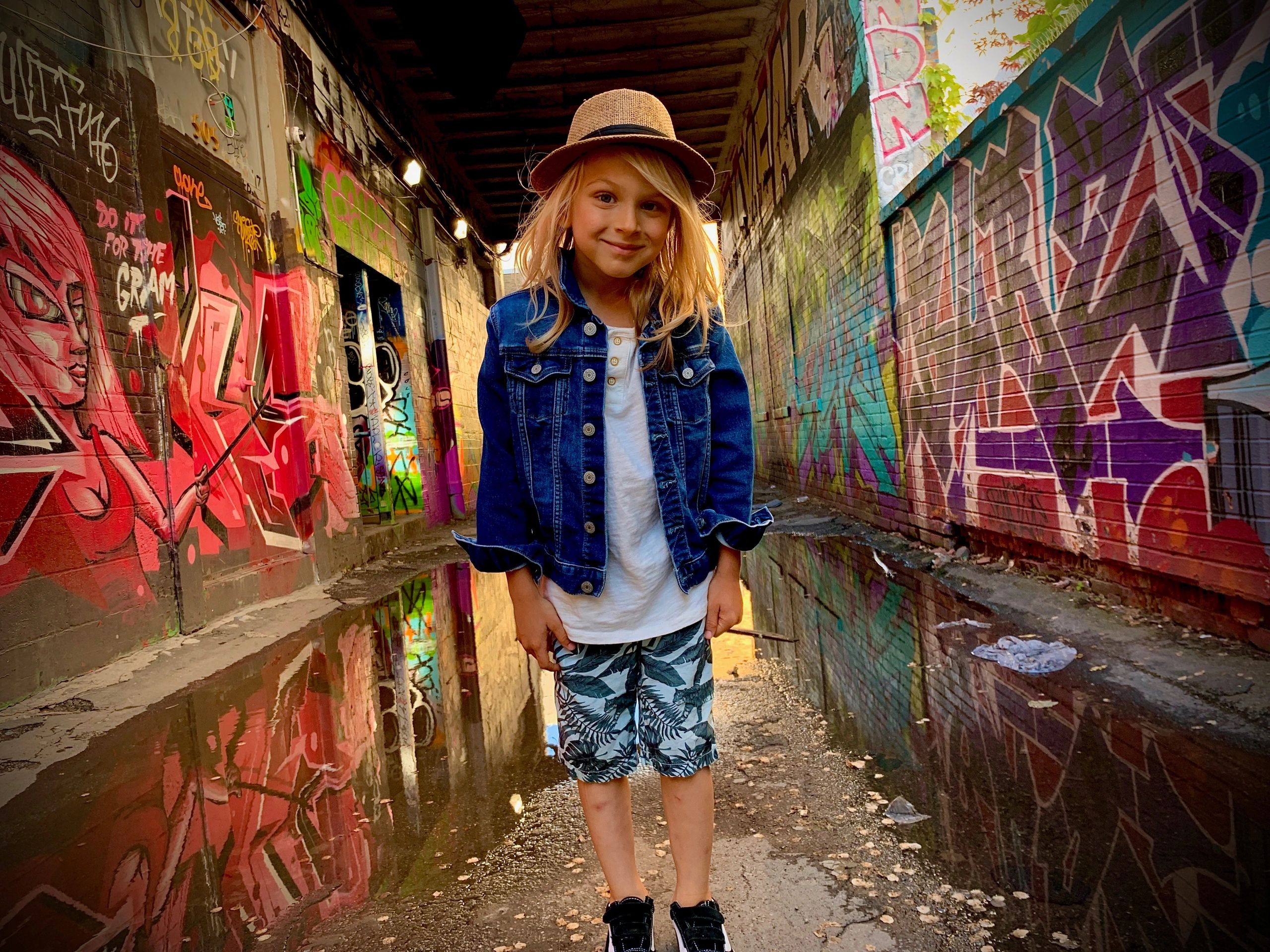 Hi everyone! My name is Max and I am a six year old professional piano player from Toronto. Some of you may recognize me from the times I have played as an organist for the Toronto Maple Leafs and the keys for Roots. Since my family started practicing social distancing due to COVID-19, I have been looking for opportunities to perform in front of a crowd, and I am excited to announce that I am collaborating with Children's Aid Foundation of Canada to host a  30 minute Instagram live charity concert!

Each year in Canada, 2,300 young people "age-out" of the child welfare system. Youth as young as 18 are considered adults, and are no longer eligible for the type of support they receive in foster care and group homes. These vulnerable youth struggle to find reasonable employment and affordable housing, making it difficult for them to afford food or meet their other needs. These challenges have only been amplified by the recent COVID-19 pandemic.

This global crisis is resulting in immediate youth unemployment and an inability to afford rent, utilities and food. They have no family home to turn to, and often fall under the radar of government agencies. The current societal changes and urgency of social isolation has also impacted access to critical mental health supports, which youth desperately rely on, increasing their anxiety and feelings of instability.

This is not fair, and this is why I want to host a fundraiser to support these young people! If you are interested in joining us for the concert, tune into my instagram account (@maximum_keys) on May 27th at 7PM EST. In anticipation of this virtual event, I encourage all of my fans, family, friends and supporters to act and join other caring Canadians who have committed to providing emergency supports to former youth in care during this unpredictable time. To make a donation, click the "donate" button on the left hand side of this page. All donations will be directed to the Foundation's COVID-19 Crisis Support Fund.

Thank you so much for supporting my fundraiser! Together we can change lives!

max keys behind the scenes at Leafs vs senators hockey game

Avicii 'Wake Me Up' (Cover)

During March break 2019, both my mom and I were sick at home. Having run out of activities to do, my mom turned to me and asked if I was interested in learning a song on the piano. She herself played a bit during her childhood years and knew a handful of songs by heart. We sat side by side on the piano bench, and she began teaching me 'Fur Elise' - Beethoven. I sat there with her for an entire 2 hours until I learned the first part of the song. I really enjoyed hearing the song come together! My mom was really impressed that I sat there the entire time until I got it right. 'Incredible!' she said. 'I learned this song at age 12, and here you have learned the entire first part at age 5! and in the first 2 hours of ever playing the piano!'. This was the beginning of my love for the piano.

From that point on I wanted to hear more. I wanted to learn more songs. I wanted to see others play. My love for cartoons was quickly replaced with YouTube videos of people playing the piano. I would enjoyed playing really difficult songs on YouTube and pretend that I was the pianist and copy their movements on my piano. Currently I play all my songs by ear. I often pick songs I like from the radio and sit down and figure them out.

I  took lessons from June 2019 to November 2019 by my parents wonderfully talented piano performing friend by the name of Ivan Novakovic. Ivan began to give me lessons once a week, and would modify really difficult songs to fit my small hands. Ivan and I have lots of fun and do a lot of laughing together!

Since then my mom has been a great help to my piano playing. She also has a great ear and  we love to collaborate. She started  preparing me for the MSLE in December of 2019.

I also like to write my own songs on the piano and record them. I come up with the lyrics myself and get my mom to write them out for me since I'm still learning how to spell.

During a visit to the Distillery District at the end of July 2019, there, in the middle of the square stood a yellow piano. I immediately ran over to it and sat down. My mother and father both knew, that for the next hour or more that is were I would be. As I began playing my songs, a crowd formed around me to watch. The more people that came, the better I played.

This is where my love for playing for an audience began! I simply loved 'playing for the people!'.

The following trip to the distillery was slightly different as people started putting money on top of the piano for me! I was quite surprised as were my parents! 'Can I keep it?' I asked.

From there on in I was a 'regular' at the distillery. Playing for the people, and collecting money for a baby grand piano .

My parents saw my passion and started busking the streets of Toronto with me. I even wanted a busking permit like all the other musicians, only I am 6 years old and you have to be 16 to get one.

I am now a regular and have a special permit for the Distillery. I also play  in Kensington Market, as well as being a regular in Yorkville.

This past weekend I had the honour of playing for Francesco Yates in Yorkville, who had just came off tour with Justin Timberlake.

I am excited to announce that I am part of a very talented roster for Toronto International Buskerfest for Epilepsy, Aug 30 - Sep 2nd this year! I hope that you will be able to come out and support my love for the piano!

Max was part of the Roots Nice Together campaign this November 14th 2019, at 80 Bloor St. Toronto, where he played the piano for 200 guests including owner Michael Budman as well as Raymond Perkins, Andrew McCurbin, Liz Dogget, James Connell and Patrick Davis.

Max was also invited by Peter Gilgan to play on a beautiful Fazioli piano at one of his fabulous events this November 29th 2019 for a very special crowd!

Max will be playing the keys alongside Jimmy Holmstrom at the Toronto Maple Leafs game this Monday December 23rd at 2pm. Max is part of the Next Generation Game presented by Scotia Bank. He is the first person in the past 38 years of Maple Leafs history to be permitted to play the arena's organ. And for 20K Leafs fans! He is very Excited!!! He will also be playing for the February 1st game, February 29th and March 21st games as well. Come cheer Max on!!!GO LEAFS GO!!!

Max will be featured in an upcoming Maple Leafs book titled '100 Things A Leaf Fan Should Know ' coming out this fall 2020 written by Paul Patskou.

Information and details about performance, dates and times.